We’re good at giving credit, and humbled to receive it.

Seriously, we wouldn’t have been voted Forbes’ Best-in-State Credit Union if you weren’t so awesome. Fewer than 1% of credit unions can say they’ve been voted Forbes’ Best-in-State Credit Union every single year since its inception. Logix is only strong and successful due to our amazing members. Thank you for your trust, your membership, and your belief in the power of Smarter Banking!

Read our press release below, and check out this statement from our CEO.

Burbank, Calif. – June 24, 2021 – Logix Federal Credit Union announced on Thursday that, they have been awarded on the Forbes list of America’s Best-In-State Credit Unions 2021 once again. This prestigious award is presented by Forbes and Statista Inc., the world-leading statistics portal and industry ranking provider. The awards list was announced on June 24 and can be viewed at America’s Best Credit Unions In Each State 2021.

Forbes and Statista identified America’s Best-In-State Credit Unions 2021 based on an independent survey of approximately 25,000 U.S. consumers who were asked to rate credit unions at which they have or previously have had checking accounts. Participants made recommendations regarding overall satisfaction. They also assessed banks in the following areas: trust, terms and conditions, branch services, digital services, customer service, and financial advice.

Based on the results of the study, Logix staff is ecstatic to be recognized on the Forbes list of America’s Best-In-State Credit Unions 2021. Logix members continue to vote the credit union best, as fewer than 1% of credit unions can say they've received this honor every single year.

“We’re fortunate to have the best members,” said Kevin Rishko, SVP of Retail Banking and Loan Centers. “Year over year, they vote Logix as their preferred financial institution with surveys and by referring friends and family. We are grateful to have their support.”

Logix CEO Ana Fonseca shared her gratitude for member support. “Receiving this recognition for the fourth year running is a huge honor for us. For our members to continually vote Logix best, especially after all of the challenges of the past year, demonstrates the level of trust they place on banking with us. It is a privilege for us to be able to support our members and help them thrive.” 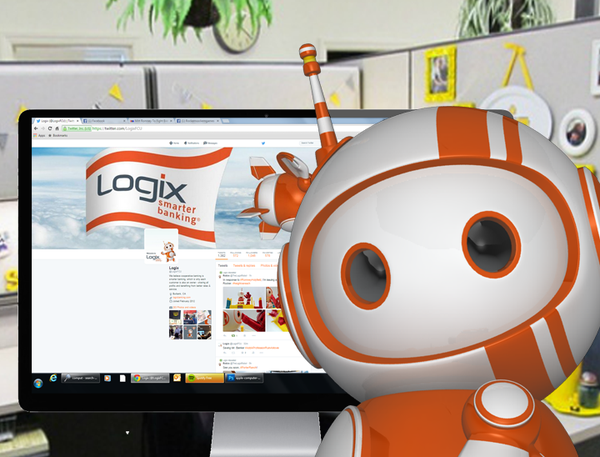