Logix Discovers the 8th Wonder of the World

Of mankind's greatest achievements, a select few were so magnificent the Ancient Greeks labeled them as “Wonders of the World.” The original list dates as far back as the 5th Century B.C. Today, many historians believe that list served as a guidebook for ancient tourists traveling to see the revered sites. Since the first iteration of this list, its evolution has resulted in a concept that many of us are familiar with today – “The Seven Wonders of the World.”

What exactly are “The Seven Wonders of the World?” What did they cost to build? Could there be an eighth?

Now that we have an understanding of this "wonder", let’s take a moment to explore the other seven and learn where they are located, the cost to build them in terms of today's money, and how they compare to our newest Eighth Wonder – Compound Interest.

1. The Hanging Gardens of Babylon 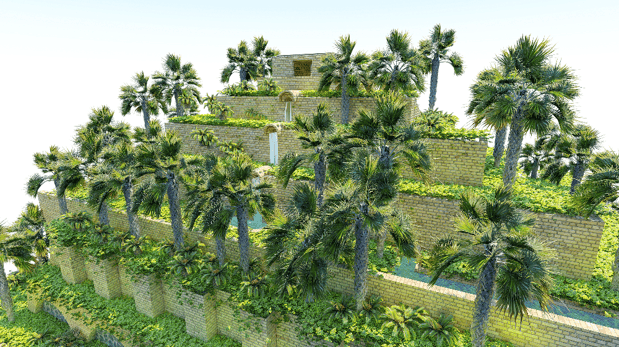 The Hanging Gardens of Babylon were said to be self-watering planes of exotic flora and fauna, reaching over 75 feet through a series of climbing terraces built in 600 BC by Nebuchadnezzar II as a gift to his wife. The king allegedly built the towering gardens to ease his lover Amytis’ homesickness for the natural beauty of her home in Media (the northwestern part of modern-day Iran). The Hanging Gardens of Babylon are estimated to have cost roughly $31.5MM in today’s money. Using a simple compound interest calculation, if a person in 600 BC (2620 years ago) invested $1 into an account compounding at just 1% and made no further contributions, the account would now hold $209,893,655,139 – enough to buy a Hanging Garden of Babylon for everyone at the Walt Disney Concert Hall three times each! 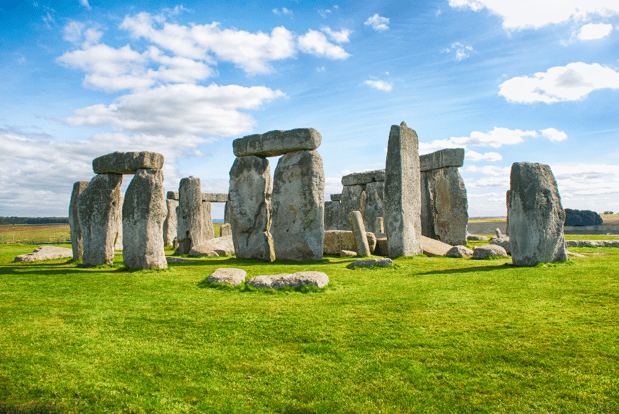 Stonehenge, built in 3100 BC is located in southern England, is comprised of roughly 100 massive upright stones. There is strong archaeological evidence that it was used as a burial site, as well as a ceremonial site, a religious pilgrimage destination and a final resting place for royalty. The estimated cost to build today would be $3.5MM. If you invested $1 at a 1% annual interest rate at the time Stonehenge was completed over five thousand years ago, your account would now hold $13,348,539,997,008,700,000,000, more than enough to buy a replica of Stonehenge for every human to have ever lived on this planet… made out of pure gold! 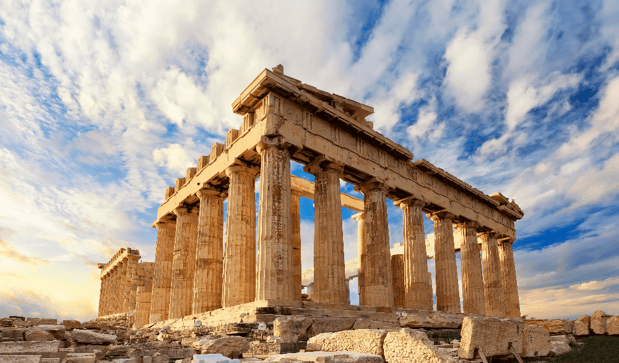 The Parthenon is a spectacular marble temple built during the height of the ancient Greek Empire – 483 BC. It was a symbol of the power, wealth and elevated culture of Athens. The estimated cost to build today would be $35 MM. If a person 2503 years ago (in the year 483 BC) would have put $1 into an account compounding at just 1%, the account would now hold $65,523,724,851 – which means they would be able to afford a Parthenon for just about every passenger aboard the Titanic. 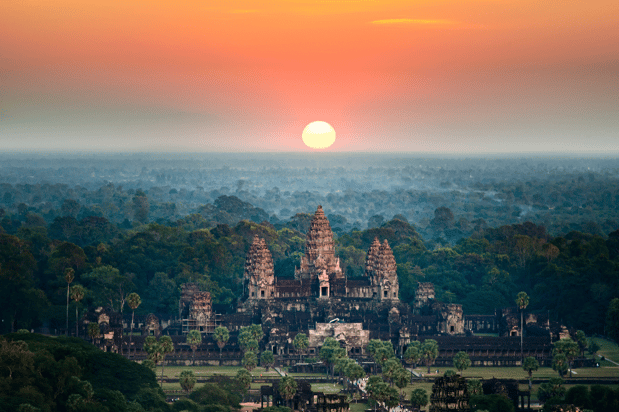 Angkor Wat is an enormous Buddhist temple complex located in northern Cambodia, and is said to be the largest religious monument in the world! Originally dedicated to the Hindu god Vishnu, Angkor Wat became a Buddhist temple by the end of the 12th Century. The estimated cost to build today would be $42 MM. If a person in the 12th Century put $1 into an account compounding at 3%, the account would now hold $33,614,314,436 – enough to purchase two Angkor Wats per person for everyone inside the Eiffel Tower at maximum capacity! 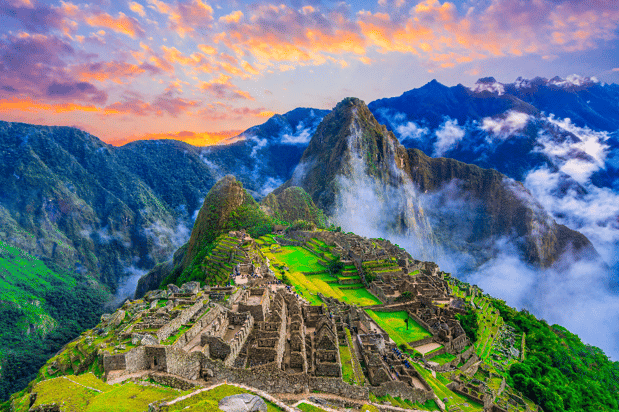 Machu Picchu was built in the 15th Century. This Inca citadel is situated on a mountain ridge 7,970 ft above sea level in the Cusco Region of Peru. Built as an estate for the Inca emperor Pachacuti, it is the most familiar icon of Inca civilization. The estimated cost to build today would be $70 MM. Funding $1 into an investment that compounds 4% annually during the completion of Machu Picchu (560 years ago) would return $3,456,766,204 - enough to expand the historic landmark 50 times its current size! 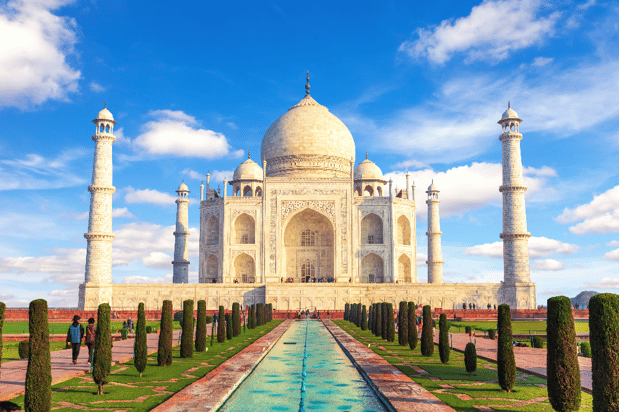 The Taj Mahal is a beautiful ivory-white marble mausoleum on the south bank of the Yamuna river in the Indian city of Agra, built in 1648. It was commissioned by the Mughal emperor – Shah Jahan to house the tomb of his favorite wife, Mumtaz Mahal. It is believed over 1,000 elephants transported building materials to this iconic monument that now attracts about seven million visitors every single year! The estimated cost to build today would be $110.5 MM. If you put $1 into an account compounding at 5% when the Taj Mahal was finished, the account would now hold $76,281,505 – granting you enough wealth to build your very own Taj Mahal in just 10 more years! 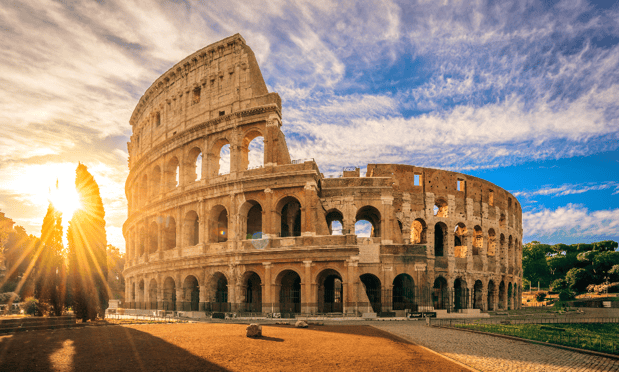 Located in Rome, Italy, the Colosseum is the largest oval amphitheater ever built. It was built in 80 AD, constructed of limestone, concrete, and tuff and could hold between 50,000 to 80,000 spectators. It was used for gladiatorial contests and public spectacles such as mock sea battles, animal hunts, executions & dramas based on classical mythology. The estimated cost to build today would be $435.3 MM. If someone would have put $1 into an account compounding at just 1%, when the Colosseum was built, the account would now hold $241,804,923 – enough to co-own the Colosseum alongside Roman Emperor Titus.

It is amazing to see how such astonishing creations have come to be without the use of modern technology and advanced resources that we have available to us today. These remarkable landmarks have withstood the test of time, and our evolving world throughout the centuries, and although the list continues to evolve over the years, one thing is certain – it is proven that you can make the Eighth Wonder of the (financial) World work for you, enough in some cases to buy, your very own "Wonder!"

Ready to make compound interest work for you? Unlock all the benefits Logix Federal Credit Union has to offer. As a credit union, Logix pays compound dividends that can earn higher Annual Percentage Yields depending on the savings product selected. Reach out to us to discuss Certificates, Money Market Accounts, and other compounding opportunities that might be right for you! You can visit one of our branches, give us a call at 800-328-5328, or open your account online within minutes! 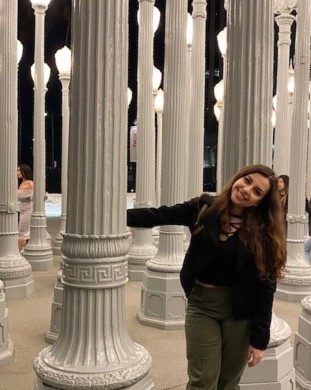 Subscribe to our blog to keep up with what’s going on at Logix Federal Credit Union!

Copyright © 2012 - 2022 Logix Federal Credit Union. All Rights Reserved. Federally insured by NCUA. Logix is an Equal Housing Lender.
If you are using a screen reader or other auxiliary aid and are having problems using this website, please call 800-328-5328 for assistance.