A Brief History of Credit Unions

Although chances are good that you’ve stepped foot inside a credit union or two, you may not know a whole lot about them. Credit unions — which are nonprofit, member-owned financial institutions that typically offer better interest rates and fewer fees than national banks — have a rich and complex history.

Here’s a closer look at how this type of financial institution came to be.

The main goal of credit unions isn’t to generate profits. Instead, they serve as credit cooperatives that enable members to borrow money and make deposits. This system dates back to 19th century Germany, where Friedrich Wilhelm Raiffeisen founded the Heddesdorf Credit Union to help farmers buy livestock and equipment.

After the concept gained traction in other parts of Europe, Alphonse Desjardins launched the first credit union in North America at the beginning of the 20th century to provide affordable credit to working-class families in the Canadian province of Quebec.

Rapid expansion in the Northeast

The 1920s saw credit unions spread throughout the Northeast. As incomes grew, families had more money to spend. Many people, however, still needed credit to purchase larger items, and they turned to credit unions to get personal and auto loans. The credit union industry boomed; by 1930, 32 states had adopted credit union laws and more than 1,000 institutions were in operation. 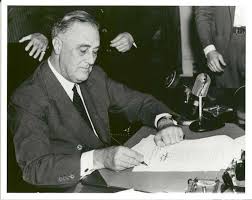 Fast-forward to 1960, when 6 million Americans belonged to credit unions. Subsequent laws paved the way for even greater expansion. In 1977, federal legislation enabled credit unions to begin offering members new products like share certificates and mortgages, helping shape credit unions into the institutions they are today.

Although they tend to cater to smaller customer bases, credit unions usually provides the same services as larger banks, including checking and savings accounts, loans and credit cards.

Today, there are nearly 7,000 credit unions that serve more than 100 million members. Institutions like Logix Federal Credit Union continue to uphold the member-first values that credit unions were first built upon more than 100 years ago. By continuing to expand their online services and digital tools, credit unions are able to stay competitive and serve as reliable alternatives to privately owned financial institutions.

"NerdWallet is focused on helping people lead better lives through financial education and empowerment. When it comes to credit cards, insurance, loans or expenses like hospital costs, consumers make almost all their decisions in the dark. NerdWallet is changing that by building accessible online tools and providing research and experts that can’t be found anywhere else, all to help consumers take back control of their choices in a marketing-driven, trillion-dollar industry."