Money & Meatloaf: How talking about money in social settings can change the way you think about your finances

I raised my hand without a moment’s hesitation.  I was eight at the oldest, new to the school after a move, and unfamiliar with the unspoken rules of career day.  There was a visiting speaker for the day, there to talk about their life as a commercial electrician, and during the question and answer I asked what seemed like the most natural question in the world: “How much money do you make?” And the whole class laughed.

This made no sense to me, at the time.  I knew that all adults had jobs, and I also knew that we
had some choice of jobs.  I’d read about medieval times, when you did what your father did, and his father before him.  But my own father was a doctor, while his father was a bartender, and I knew people were always asking “what do you want to be when you grew up,” so I knew we had a choice.  Surely money was part of why we choose?

Why did everyone laugh at me when I asked how much the job made? 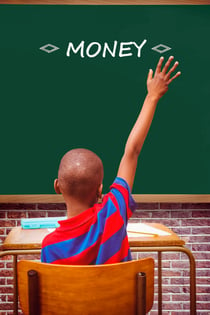 My teacher took me aside and explained “we just don’t ask people that.”

There is some idea, I think, that it’s to avoid embarrassing those who make very little, because they might be ashamed.

But in my experience those at the lowest end of the financial totem pole tend to not have a lot of power in creating or enforcing social norms.  It tends to be people with the most power and influence who get to dictate “what we talk about” and “what we don’t talk about.” I think the desire to avoid talking about money is driven as a way for those who make the most to avoid being uncomfortable around people who make less, especially if those people who make less are making less because of decisions made by the people who make more. 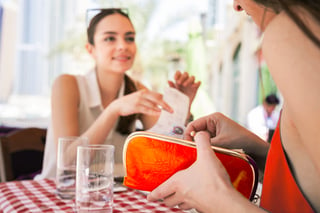 ycle, avoid shin splints while running, and find out about pick-up games in my neighborhood.  Idle chit chat imparts knowledge that we take seriously, because it comes from people we know and trust.  And if we can’t idly chit chat about money, countless little ideas about how to improve our decision making don’t get passed along.

So, I ignore that rule.  I think it’s important to break the taboo and talk about money socially.  On a recent vacation, I had a long talk about retirement with two of my friends, what we’re doing, what our strategies are, what sort of mortgage interest rates we got.  There was an initially awkward moment as we launched into the conversation, but it ended up being one of the best afternoons of the trip.  Because money matters in our lives, and there is a huge benefit in getting to talk over important decisions regarding money not just with our parents, but also with our peers.

There is also a tremendous power in being willing to talk about money, to broach the subject, because generally most people never do, but would like to.  Generally, if it’s brought up, after a few moments of awkwardness, conversation flows as your friends talk about things they have thought a lot about but seldom found an arena to express.

In the end, I think most people end up feeling better about the decisions in their own lives if they’ve discussed them with their peers, even if they don’t agree with their peers.