Saving a Penny a Day Could Pay for Your Next Vacation!

Once again, it’s a new year. As we all begin to ponder on our new year’s resolutions and how to actually stick to it this year, I thought I would offer some advice before it’s too late. If your New Year’s resolution is like mine, to save money for whatever the purpose, this is any easy way to do so.

A couple weeks ago a regular member of ours came in with bags and bags of pennies. I jokingly asked “What, have you been saving these pennies all year?” To my surprise, she had. She read about how if you save a penny a day for a year, at the end of the year you could end up with over six hundred dollars worth of savings. She and her husband say every year that this is the year they will finally save enough to take that much needed vacation. After failing each year, they thought they would try something new.

Starting January 1st they each put a penny in a jar. The next day they put two pennies, three pennies the following day and so on. She explained that at first it was pretty easy. Just whatever extra change they had left over for the day they would toss in the jar. Once it got to August and they had to put a little over two dollars in the jar, it started to become more of a challenge. She and her husband would be searching all over the house, looking under couch cushions and in their junk drawers trying to come up with enough change. Eventually it got to the point where they had to come in to the branch and take out one dollar bills in order to meet their daily savings obligation.

In the end, they stuck to their plan and each had saved over one thousand dollars! If you stick strictly to saving a penny a day, you will end with 667.95 dollars’ worth of savings. Their secret to saving extra was also saving whatever little change and couple dollars they had left over for the day. Often times when they had to put two dollars and some odd change in the jar, they would even round up to the nearest dollar. It became a fun competition between her and her husband on who could save more by the end of the year.

Her story inspired me.  Every year, my New Year’s resolution is to save money to buy a house. Every year I create unrealistic expectations for myself and ultimately end up calling it quits a couple months into the New Year. But saving a penny a day, almost anyone can do that!

Starting January first I started saving a penny a day. However instead of saving money in a jar, I opened up an extra savings share so I could easily transfer a penny or however much I can afford daily. This way I can also earn a little interest on top of whatever I save as well. This is a good option for people who are like me and hate carrying cash. I use my debit card for everything! I never have coin or cash on me to contribute to a jar daily.  Although, if you think you’re going to be too tempted to borrow from the money you have saved, I recommend you stick to the jar technique. This way you are guaranteed to save some money.

We’re not too far into the New Year; there is still time for you to start saving a penny a day too! 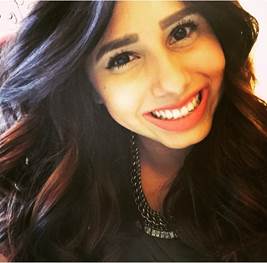 Brittany is the Financial Service Representative at our Tapo Canyon location. Brittany has experience in both the service and sales aspects of banking. She recently graduated from California State University, Northridge with a Bachelor’s Degree in Communication Studies. In her free time, Brittany enjoys going on hikes and keeping up with the Los Angeles Dodgers.