Why arguing about money makes no cents 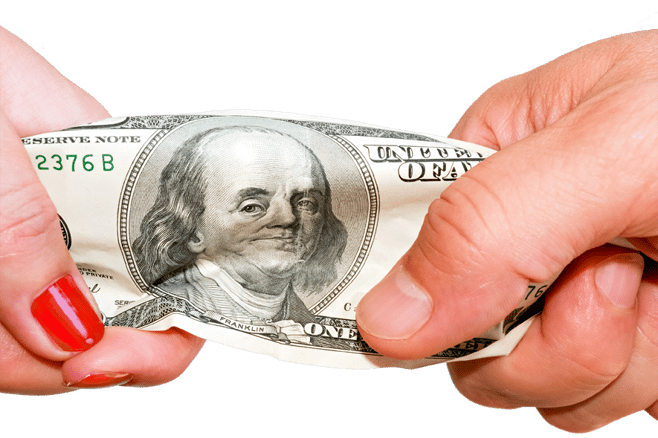 There’s an old saying about arguments that if you are in one, you’ve already lost. By the time tempers are flared and positions are chosen, both sides tend to dig in, and it’s too late to find any meaningful compromise.

Not that the relationship/business is impossible to save if you are arguing about money, but you need to back up to earlier in the chain of decision making that happens around money. The actual spending of the money is the end of the process, and if you are arguing then, it is usually not about the money at all, it’s a sign of a  conflict earlier on. Get together on your priorities, and you’ll argue about money less, if at all.

Arguments about money can be broadly be broken down to arguments about how it is earned, and how it is spent. If, deep down inside, you think that earning money matters more than anything else (within legal reason, of course), that’s OK. Many people would agree with you, but it’s important to understand that about yourself. If your business partner views earning differently, and doesn’t want to take gigs that conflict with other values (political, ethical, or even social) there will be arguments about money, but it’s not about the money, it’s about the values we hold around them. The decision to take or not take a client, to pursue one area of the industry versus another, these are personal choices.

You should sort them out before money is on the table. If there is a job in front of you that offers a lot of money, it comes with a distortion field that will affect how you think. Having previously agreed to how you make decisions will help you process them as more complex financial decisions arise in front of you. I think it’s healthy not just to talk about the values you want guiding your financial decisions, but to even write it down to go back to later. As simply as possible, what is your money policy?  One good question to start with is would you take work from someone you disagree with politically? But other good ones including “are there jobs that are too big for us to tackle, or can we staff up to handle anything that comes towards us?” “Are we willing to sacrifice short term work life balance for long term benefit?” Having real agreement on those issues will make it way less likely you’ll end up in a money argument about a specific incoming job. Based on your shared agreement, you’ll be able to make informed decisions on what to take or what to pass on.

Spending is the other area people tend to argue about, but again, disagreements of underlying philosophy not being talked out are usually the bigger problem. I know a few couples who never argue about money, and they all have a system for how it’s spent. In one case, one partner does all over the earning (in a salary job they have held for years, so no argument about what to earn), and the other partner has all the control over how it’s spent. Is this ideal for everyone? No, absolutely not, but it works for them because they both completely understand and agree with it. If partner one went out and spent $50,000 on a sports car, it would be breaking the rules they had agreed to together, and the fight wouldn’t be about the $50,000, it would be about the violation of trust, which is another matter altogether.

I know a lot of other happy couples who keep their finances completely separate, which is becoming increasingly popular as couples get married later and later. In these couples, one partner could happily impulse purchase a sports car, and as long as they still make the payments they agreed to (their half of the rent and other shared expenses), how they spend the rest of their money remains their business. It’s a different system, but it works as long as both halves agree to the system. The problems arise when one partner thinks they are in a “fully autonomous as long as we meet shared obligations” partnership and the other thinks they are in a “we make all big financial decisions together” partnership. That combination is headed for a lot of arguments about money.

The key is to have a system. Know who, how, and when money decisions are made. Are you weekly meeting types, going over the bills together one night a week? That works for some, but with paperless billing it’s less necessary than it used to be and might not work for you. If you have a system in which both partners are in agreement on how the money is actually spent, money arguments almost disappear.

Of course, if you can’t come to an agreement on the underlying philosophy of earning and spending, money isn’t the issue at all, and it’s unfair to put the blame on money for what is actually a bigger, more complicated set of relationship issues.