When you see your favorite band performing in concert, you usually don’t start wondering about their expenses, or how much revenue they’re generating from ticket sales and merchandise. You’re too busy singing along to your favorite song and wearing their band T-shirt you just bought.

My experiences as a musician have taken me through times where not a penny is earned to times where there is a consistent flow of cash (usually in small amounts). The question then becomes what to do with the money?

When I first started getting paid for belting out a few tunes, I would spend it on an outing with friends, or buying those shoes I had been looking at for months. As I got a bit wiser, I began to realize that there are better things to do with the money. No new shoes for this girl!

Whether you’re a solo artist or part of the band, there are some things that need to be considered when managing your money as a musician. Here are my top four considerations:

Any musician will tell you that instruments don’t last forever. Things break and wear out, and must be fixed or replaced. For example, a guitar player who performs consistently should be changing his/her strings and sending the instrument for maintenance at least a couple of times a month. Depending on the instrument and the frequency of use, it could be costly. The same goes for sound equipment. For example, a basic and decent sound mixer can set you back at least $500 - the bigger the need, the bigger the bill.

Some bands have staff that assists them during performances, such as roadies and technicians. Others have managers that get a piece of the pie. How about touring needs? Think about hotels, food, and transportation. Practice rooms are also something to consider, whether the band pays hourly to rent a space or leases a lock-out studio.

Just like any business, marketing and promotions are up there on the totem pole, and it can be expensive. Some pay for development of a logo to build brand awareness and reinvest money into merchandise. Bands may get creative in social media and take advantage of free promoting capabilities.

A very important piece of being a musician is providing your music to the public. The process of recording is not only time consuming, but can potentially be expensive. Not only are you paying the studio, but you are potentially paying the engineer and studio musicians. It doesn’t end there. Before an album can be released, it must be sent for mixing and mastering, then the packaging for production. To put it into perspective, our 3 song demo, with mixing, mastering, and simple packaging for 500 CD’s set us back a bit less than $2k.

How we do it – in a nutshell

Because my band, Cumbia Son, is small and local, with no real intention of making it big, we keep it simple and always think strategically to do the best with what we have. We set goals for the year to understand what we would like to accomplish and understand potential costs associated.

As the official bookkeeper of the band, I handle all payment from the events and keep track of expenses and spending needs.

As a band, we have agreed to take 10% from every paid performance for such costs. At times we may save the entire amount earned, depending on our current band needs. Ideally, we try to avoid any money coming out of our own pockets for band expenses, but sometimes it may be needed.

Next, we discuss our goals and any immediate needs for equipment and instrument repairs. We then prioritize what’s on the table, assign tasks to get quotes (if needed), then allocate the necessary money to pay for these items.

Here’s an example:  If our goal for the year is to get back in the studio and record, and potentially get new group pictures, we start getting quotes from engineers and photographers. We then start prioritizing. However, if our mixer breaks down (which is critical to our sound system) it takes precedence. We allocate the necessary money for the repair and possibly push our recording further out in the year.

We do it all for the music

Ultimately, we love performing and sharing our music with every audience (check us out on Facebook and YouTube). However, understanding how to make our money work for us allows us to plan better and produce more. Now, go grab that band T-shirt, turn on your favorite album and sing to the top of your lungs. But remember, musicians are just like everyone else – we manage our money, too. Rock on! 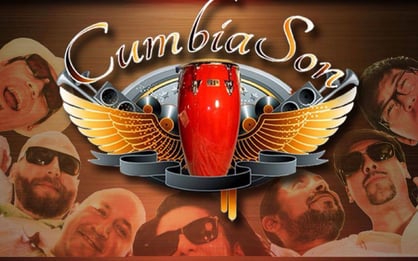 Multi-talented singer/songwriter loves to perform solo and with her band locally. Also, has been wowing Logix members since 2007.

Subscribe to our blog to keep up with what’s going on at Logix Federal Credit Union!

Copyright © 2012 - 2022 Logix Federal Credit Union. All Rights Reserved. Federally insured by NCUA. Logix is an Equal Housing Lender.
If you are using a screen reader or other auxiliary aid and are having problems using this website, please call 800-328-5328 for assistance.